Home » About Us » The P. Gagnon & Son Blog » Price Stability Expected as We Head Toward Winter

Price Stability Expected as We Head Toward Winter 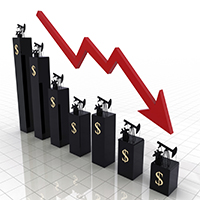 When crude oil prices briefly topped the $50 per barrel mark in the first week of October, some of the so-called experts started hollering, “I told you so!” These are the folks who kept telling us that low heating oil prices could not last much longer, and that we could expect them to start a fast upward climb again.

Well, that didn’t happen! This was just a temporary blip in the marketplace, which was attributed to three main factors:

What did we think about this?

We stayed calm and kept carrying on. We’ve been at this business since 1904 and we know from more than a century of experience that there is no need to panic over the normal daily ups and downs in the energy markets.

We also know that it’s always wise to look at the big picture. Right now, that picture contains a lot of positive signs for the future of heating oil and propane prices.