If You Aren’t Ductless Yet, You Could Be Missing Savings! - PGagnon
Fuel Prices: Keeping You in the Loop - Click Here.
The P. Gagnon & Son Blog

Home » About Us » The P. Gagnon & Son Blog » If You Aren’t Ductless Yet, You Could Be Missing Savings!

If You Aren’t Ductless Yet, You Could Be Missing Savings! 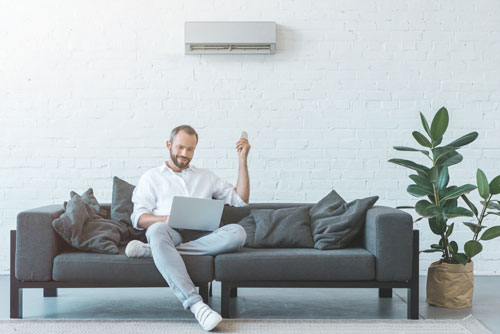 Summer is heating up here in the Seacoast region of New Hampshire and southern Maine.

If you don’t have central air conditioning, keeping your home cool and comfortable can be a challenge.

When a home is heated with a boiler, it probably doesn’t have the ductwork needed for central air conditioning and adding it is messy and expensive. Sometimes spaces like attics and sunporches have been renovated to be part of the house, but the central a/c isn’t connected with those spaces.

You may believe that your only alternative to the cost and hassle of adding central air conditioning to your home is using window air conditioning units. But window A/C units come with a lot of disadvantages.

Window units are inefficient and noisy. They block light. They let in things from the outdoors like dust, pollen, dirt, or insects. They’re a security risk. And they have to be installed in the spring and removed in the fall, which can be dangerous if you are using them in your second or third story.

There is an alternative to all of that: ductless mini-splits from P. Gagnon & Son!

How do ductless mini-splits work?

Ductless mini-splits have two major components: the outdoor compressor unit and the indoor air handler, which is also called the evaporator. A conduit — which contains the tubing and the power, communications and condensate drain lines — connect them.

What are the advantages of ductless mini-splits?

Do you like saving money? You’ll love ductless mini-splits!

First, the cost of buying and installing ductless mini-splits is less expensive than central air conditioning, sometimes less than half the cost. You also won’t have the expense of installing ductwork.

Ready to go ductless? Contact us today for your FREE estimate!